Sangría, with the emphasis on the ‘i’, is for many a well-known drink. A Spanish sparkling summer drink that you finish before you even know it.

We have enjoyed quite a few Sangrías here in Spain and to be honest with many different tastes. One of the best we have had at a restaurant not far from our mountain. The owner revealed that it contained more than red wine and orange juice. And you could tell for sure. Below you will find the recipe.

The history of Sangría

I always assumed Sangría was a typical Spanish drink. But did you know it originates in South America? According to Wikipedia, it was already drunk in Ecuador since the 14th century. Others say it was invented at the Antilles when it was a British colony. There is a quote from a Father from 1788;

The many Spanish who emigrated to South America took the drink back to Spain. The name of the drink refers to the word

Sangre, the Spanish word for blood, refers to the colour of the drink. It was also called lemonade wine. Something that I can recall. It drinks as easy as lemonade! Before you can even notice your glass is empty.

Do you know the difference between Sangría and Tinto de Verano?

In the supermarket, you can find this drink in one-and-a-half litre bottles, very cheap. Here we go for the more glamorous option, which takes also a tiny bit longer to prepare. 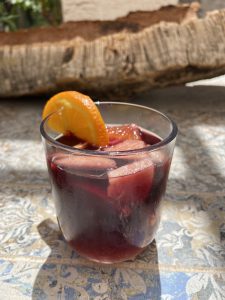 300ml Fanta or Sprite, or sparkling water if you don’t fancy a sweet drink

p.s. Are you looking for a good spot to enjoy this drink? Have a look at our holiday homes! 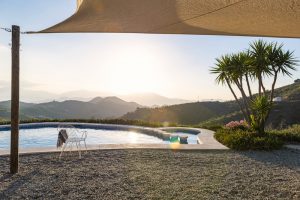