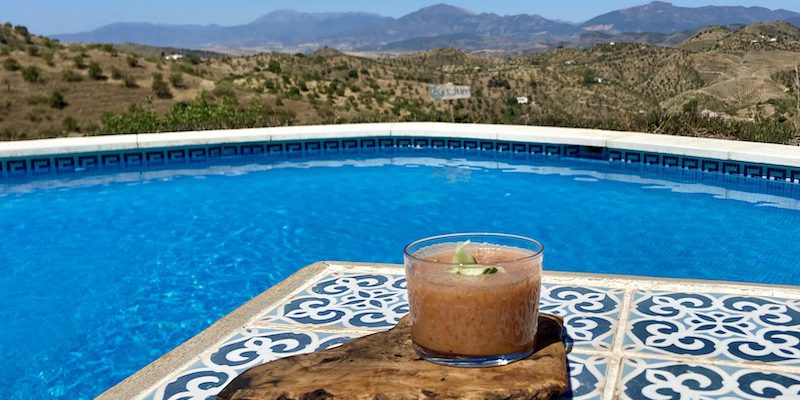 Spanish cold soup or Gazpacho is a delicious dish for now when the weather gets warmer. If you want something different than a salad and do not spend hours in the kitchen, this refreshing soup is a good choice and healthy too.

According to Wikipedia, the Romans introduced a cold soup to Spain. It consisted of bread, olive oil, water, vinegar and garlic. This was mainly consumed in southern Spain. In the nineteenth century, tomatoes were added to the soup. Much better, we reckon.

Although the bread has disappeared in today’s Gazpacho, there is still bread in the Gazpacho variant they have in Córdoba. This cold soup is called Salmorejo. This is thicker and is often served with finely chopped boiled egg and ham. 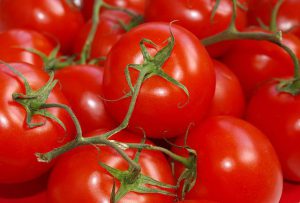 There are many recipes for Gazpacho, and they are all slightly different. One puts ordinary vinegar in it, the other wine vinegar, a lot of oil or less, extra water or not. This said, as with all recipes, experiment and make the cold soup the way you like it. 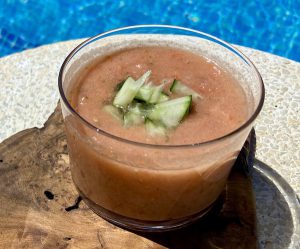 Our recipe of Gazpacho

70 grams of cucumber, without skin and seeds

If you’re in a bit of a rush, you don’t have to peel the tomatoes and cucumber.

1. Place all ingredients except the water in the mixer. If you want the gazpacho to be a bit redder in colour, leave out the olive oil for a while. Let the ingredients mix for a few seconds.

2. Add some water, if needed. We like the gazpacho to be thicker, so leave out the water. Let the soup mix for a while.

3. Finally, add the olive oil, bit by bit while having the mixer running. if you haven’t done so already. This helps to smoothen the soup.

4. The soup will taste even better if you let it cool for a few hours in the fridge.

5. Taste just before serving to see if you want to add more salt and pepper. Enjoy!

p.s. Did you know that this soup tastes delicious with our olive oil and Spanish tomatoes? A delicious recipe to make while holidaying in Spain. 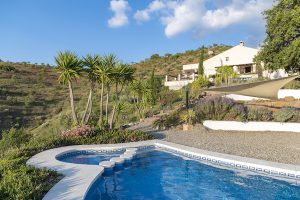 Have a look at our cosy holidayhomes in Andalusia here.
1 July 2022

Torremolinos, but then different
18 November 2022